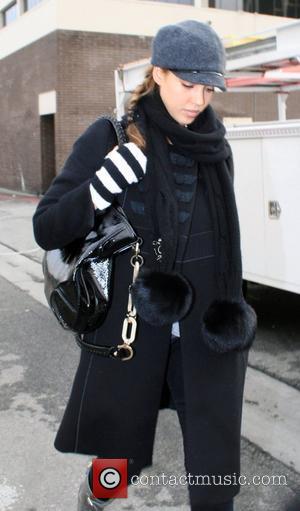 Motherhood must suit CHRISTNA AGUILERA as since giving birth two months ago she has been propelled up FHM's sexiest women list.

The singer's post pregnancy curves have attracted 15,000 votes in the past week alone, ensuring her a place in the lists top 25.

Another yummy mummy MYLEENE CLASS has also garnered the approval of the magazine's readers and made the top 50 for the first time.

However, expectant mothers did not fare so well with glamorous mum-to-be and last year's list topper Jessica Alba plummeted down in the rankings alongside pregnant stars Angelina Jolie and Nicole Kidman.

FHM's deputy editor Chris Bell said: "There has been a huge burst in voting for new mothers. Men are obviously attracted to the benefits of a post-natal flush. If you've seen Christina Aguilera recently, you'll probably understand why."

Recently, newsstand sales for an edition of People magazine featuring Christina and her son Max were beaten by an edition bearing fellow new mum Nicole Richie and her daughter on the cover.

Although official figures are yet to be confirmed, it is thought that Richie's cover was on target to sell 1.8 million copies, while the DIIRTY singer's sold far less.

A magazine insider told MSNBC's The Scoop that the controversy surrounding Nicole ensured that her cover was a bestseller.