Jessica Simpson is to make history by being the first celebrity to make more than $1 billion in annual sales for her fashion line. 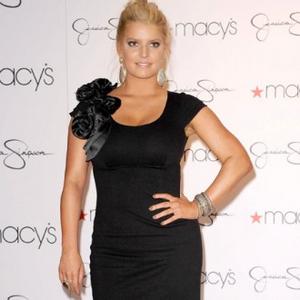 The 30-year-old singer-and-actress - who launched her Jessica Simpson Collection in 2007 - is to make history by being the first celebrity to reach the staggering sun in annual sales after seeing her current figures rise by almost a quarter in the last 12 months.

News of her amazing fashion success - which puts her in the same league as famous fashion designers Michael Kors, Ralph Lauren, Calvin Klein, Vera Wang and Donna Karan - is sure to be a shock to Jessica.

She said in an upcoming interview with New York magazine: "I never thought I'd be some fashion mogul."

When Jessica launched the collection, she sold just handbags, shoes and boots, but gradually expanded to include watches, clothing, cosmetics, luggage, fragrances and swimwear, which is all sold in major department stores in the US.

The 'Dukes Of Hazzard' star - who is engaged to former NFL player Eric Johnson - is also planning to launch new ready-to-wear and career separates lines.

Sources close to Jessica have previously praised her business skills.

One insider said recently: "She attends all business meetings and makes all major decisions. She's a sharp businesswoman and knows what women want."