Jessie J is reportedly set to write an autobiography. 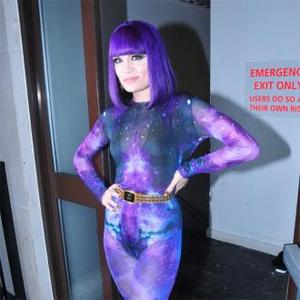 Jessie J is reportedly set to write an autobiography.

The 23-year-old 'Price Tag' star - who is currently working as a mentor on the UK version of 'The Voice' - is believed to have landed a book deal with publisher Simon & Schuster.

Jessie was diagnosed with a heart defect when she was just 11-years-old, and suffered a stroke when she was 18.

According to The Sun newspaper, the book will tell of her health Battles, her bisexuality and her time at the UK's Brit School where she studied alongside Adele and Leona Lewis.

As yet, no release date has been given.

Meanwhile, the singer/songwriter - who has penned tracks for the likes of Miley Cyrus - has proven to be a big hit with fellow 'Voice' mentor, Black Eyed Peas star Will.i.am.

The 'Where Is the Love' rapper says he is a huge fan of Jessie's straight-talking ways.

He told Closer magazine: ''I love Jessie, she's like 1,000 volts of excitement. She's always making fun of me.

''I came in wearing these shades and she told me they looked like tea strainers. I was like, 'Thanks Jessie!'''