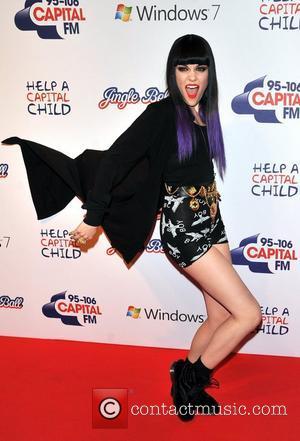 Jessie J understands why Lady GaGa has to relieve herself in trash cans backstage, as the British singer often finds herself in the same predicament.
The pop superstar recently confessed she urinates in her dressing room when she is unable to make it to the toilet in costume, and Jessie J admits she has also peed into cups when she is denied a bathroom break.
The Price Tag hitmaker reveals her busy schedule means she often doesn't have time to excuse herself.
She tells Britain's Daily Star Sunday, "I read about Lady Gaga. But I wasn't surprised. I wee in cups all the time. When you are a female artist and your day is filled with press and promo (promotional appointments), you have to master p**sing in a cup - or a bin, apparently.
"I'm not so much of a diva that I have someone to hold the cup, but a few unfortunate people have had to dispose of it for me."
She later jokes, "Sometimes we just put it next to an apple juice to see if anyone drinks it."