Jodie Foster is glad Mel Gibson could put such a ''raw'' portrayal of a man suffering mental health problems in her forthcoming movie 'The Beaver'. 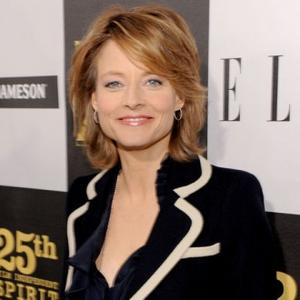 Jodie Foster is thankful for Mel Gibson's "raw" portrayal of a man suffering a breakdown in 'The Beaver'.

The actress directed the troubled star - who last year was recorded threatening his then girlfriend OKSANA GRIGORIEVA - in the forthcoming project, and is glad he understood the character, who spends much of the film conversing through a beaver hand puppet.

She said: "I think he understood the complexity of the character and really understood a film about a man who's suffering and who is struggling and wanting to change and wanting to be different than he is - the self-hatred of it.

"I am grateful that he was willing to be so open to playing something in such a raw way.

"I've known a lot of people who were depressed and there was a lot of depression in my family. I think the film explores it without looking at it like a disease movie."

The two-time Oscar-winning star - who also takes a major role in the film - reveals she was attracted to the movie because she is a fan of "psychology" in families.

She added to The Scotsman newspaper: "I'm sure I will make another movie that has nothing to do with family. But I love psychology. I will always love psychology and the basis of psychology is family."