Joe Jonas And Gigi Hadid Have Reportedly Ended Their Romance. 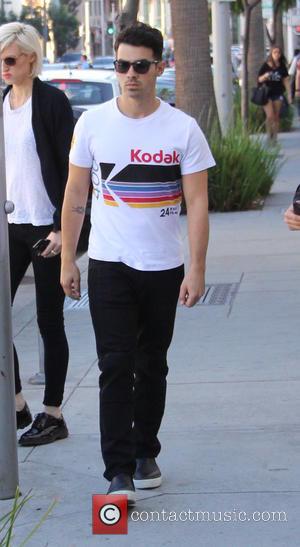 The singer began dating the model in the summer (15) and they graced the red carpet of the Global Lyme Alliance inaugural gala in support of Gigi's mother Yolanda Foster, who was honoured, in New York City in October (15).

However, it seems the romance has now ground to a halt, although the break-up isn't thought to be acrimonious.

"Joe and Gigi's relationship recently ended," an insider tells People magazine. "Nothing serious happened... it wasn't a dramatic break-up. It was just hard to make it work with their schedules. They will definitely remain friends."

Neither Joe nor Gigi had commented on the report as WENN went to press.

The news comes as something of a surprise as the pair had thought to be close, with Gigi even directing Joe's new band DNCE's Cake By The Ocean music video.

"Everybody really looked up to her to lead and she really came through and showed us that she could do it," he previously gushed.

She was cast in many shows during the Spring/Summer 16 Fashion Week season in September (15) and October (15), but some suggested she didn't have the figure to be a catwalk model.

Refusing to let the mean barbs bring her down, Gigi lashed out with a message on Instagram.com.

"Your mean comments don't make me want to change my body," she said. "If I didn't have the body I do, I wouldn't have the career I do. I love that I can be sexy. I'm proud of it."

Joe gave his backing by posting an image of the star on the Versace runway, alongside the simple caption: "My Girl Just Killed It."