The 37 year-old actor has confirmed he will be reuniting with Channing Tatum, Matthew McConaughey and the rest of the stars from the 2012 male stripper comedy this coming fall. 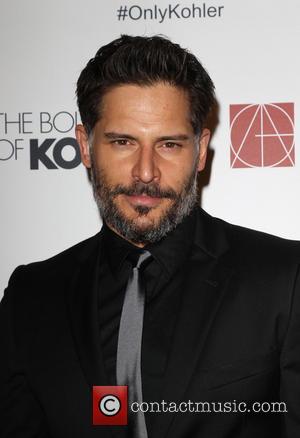 Women everywhere are beginning to drool as it is confirmed 'Magic Mike' will be returning to the big-screen for a sequel.

The cast and crew of 2012's male stripper comedy-drama are set to reunite this coming fall to begin shooting the second movie.

Joe Manganiello, who starred as a stripper in the film, let this news slip when being interviewed by Collider.com this past Thursday (March 27th).

And Channing Tatum, Matthew McConaughey and Matt Bomer will also be reprising their roles as part of the Florida strip team.

Manganiello told the website, "Yeah, it's gonna happen this fall. I think they're going to announce it soon. It's crazy. I didn't think that would be my first franchise. I never thought that would ever be the direction of my career."

"But that said, it's just proof that I don't know best, all the time," he continued. "It was the most fun I've ever had, and I can't wait to get back in and mix it up with those guys."

The first movie followed the story of Mike (Channing Tatum), a man who has many talents and tries to make big money through any venture he can think of, whether it's designing furniture, detailing cars or working on construction sites.

However, when the nights draws in he turns into his alter ego 'Magic Mike', who is a male stripper and the headline act at Club Xquisite. He soon takes a 19 year-old boy called Kid (Alex Pettyfer) under his wing, and as their friendship grows, so does as a summer of wild antics and parties.

'Magi Mike' has grossed $167 million worldwide accoridng to Box Office Mojo, which is even more impressive since the film was made on a $7 million budget.