Johnny Depp Would Love To Have Children With Amber Heard: "I'd Make A Hundred"

The 50 year-old actor will give his 27 year-old fiancé the opportunity to have children if she wants, but in the meantime "practising for it is fun and it's all wonderful." 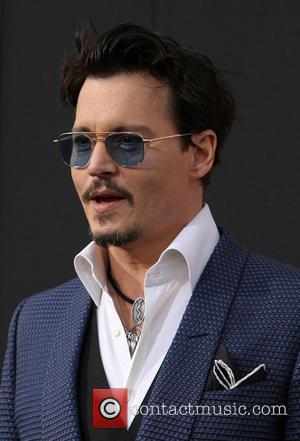 Johnny Depp is definitely head over heels with his fiancé Amber Heard and as they plan to wed, more children may also be a possibility in their future.

The 50 year-old Hollywood hunk proposed to fellow actress Amber Heard at Christmas time and admits that despite his age, he will never stop his future wife from becoming a mother.

Although it has been heavily speculated that Heard is already pregnant, Depp squashed these rumors earlier this month, but he did open up about having more children while speaking at the Beverly Hills Four Seasons Hotel, via The Mirror.

"As far as having more kids, it's easy for me, and Amber should have the opportunity to have kids if she wants," he said on the eve of the premiere of 'Transcendence'. "Let's face it, practising for it is fun and it's all wonderful."

Previous to dating Heard, Depp was in a fourteen year relationship with Vanessa Paradis, and they have two children together, Lily Rose and Jack. The pair announced their 'amicable' split in June 2012.

The 'Pirates of the Caribbean' star met his 27 year-old bride-to-be during filming the 2011 drama 'The Rum Diaries' and it has been speculated the acting duo have dated since the summer of 2012.

But before Depp finally popped the big question, he admitted to having a hard time in choosing the engagement ring. The movie star designed one himself, and currently wears his second choice.

"I made some drawings which were maybe a bit out of proportion because I didn't know what numbers meant in terms of diamond size," he explained.

"So boom!" Depp added. "It came back and I realised that the diamond was the size of a human eye and might be a little uncomfortable to wear."

"If she's walking down the street and waves, the glare could burn someone's retina," the 'Lone Ranger' star joked. "So I got her this one from a wonderful antique jewellery person in New York. And it hasn't left my finger since."

No official date for their wedding has been released yet. Depp and Heard became engaged this past Christmas