The 30 year-old actor recalled saying to Channing Tatum, "I'll kiss the tip of your d--k...over the boxers," if '21 Jump Street' was successful on opening weekend...but did he go through with it? 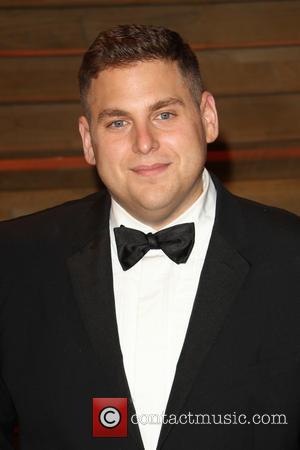 The focus of Jonah Hill's recent interview on 'The Howard Stern Show' has been his apology for using an anti-gay slur towards a photographer.

But the rest of the 30 year-old's discussion with Stern is definitely worth a listen, he talks about losing an Oscar to Jared Leto and Channing Tatum's private parts.

Before long, the controversial radio DJ began talking about a bet Hill made with Tatum regarding how well '21 Jump Street' (2012) would do on opening weekend.

"A lot of people would be jealous of me if I got to do that," he continued. "So what happens is it makes $36 million opening weekend, which was huge, we were all celebrating and he's like, 'You gotta.' I did not. It was a joke and it was silly and obviously it's a lose-lose situation for both parties."

As well as being a major player in the comedy scene, Hill showed that he is a very versatile actor in the Martin Scorsese-directed 'Wolf of Wall Street,' which earned him a second Oscar nomination.

Unfortunately Jared Leto was prized with the Academy-Award for Best Supporting Actor for his role in 'Dallas Buyers Club.' Even though Hill knew it was very unlikely he would be victorious, there was still a glimmer of hope that he would of.

"You know what the funniest moment is? And it happened both times. The whole time leading up the awards show, you lose, the whole time you know you're not gonna win because the other person keeps winning every single time," he said.

Adding, "Both times I went to the Oscars, I was in the car with my mom and the moment before you pull up-both times I turned and said to her, 'You think I could win an Oscar tonight?' Like there's some part of you, even though you know you're not gonna win, there's some part of your brain that kicks in and says 'Oh my God, could this actually happen?' and then you get back to reality."

Hopefully next year will be a different story!