In a very sincere apology, Hill told the studio audience: "My heart's broken and I genuinely am deeply sorry to anybody who's ever been affected by that term in their life." 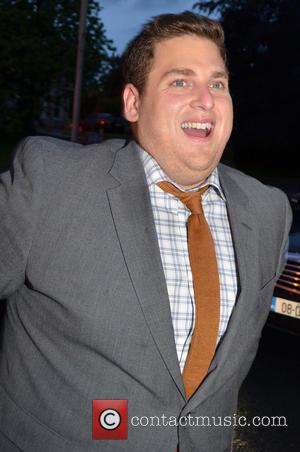 Jonah Hill is very sorry for the remarks he made this past weekend to a photographer.

The 30 year-old actor caused controversy when he was caught on camera delivering a homophobic slur to a member of the paparazzi, who was disrupting his day.

The 'This Is The End' actor first addressed the issue when appearing on Howard Stern's SiriusXM satellite radio show.

"I'm upset because from the day I was born, and publicly, I've been a gay rights activist," Hill said. "I played into exactly what he wanted and lost my cool. In that moment, I said a disgusting word that does not at all reflect how I feel about any people."

Although Hill did seem to genuinely regret his actions, but a full-blown apology wasn't issued until he made an appearance on Jimmy Fallon's 'Tonight Show,' on Tuesday (June 3rd).

"This weekend I was out with some friends and there was a paparazzi guy, and he was antagonizing me and calling me names, attacking me personally and my family personally, and I was genuinely hurt by this and made angry by this," Hill said. "In response, I wanted to hurt him back and I said the most hurtful word that I could think of at that moment. I didn't mean this in the sense of the word. I didn't mean it in a homophobic way."

Watch Jonah's appearance on the 'Tonight Show' below

Hill's admittance that he was in the wrong can hopefully save him from further public scrutiny, especially after he stated: "My heart's broken and I genuinely am deeply sorry to anybody who's ever been affected by that term in their life. I'm sorry and I don't deserve or expect your forgiveness, but what I ask is at home, if you're watching this and you're a young person especially, if someone says something that hurts you or angers you, use me as an example of what not to do."

Hill was very apologetic when appearing on the 'Tonight Show'