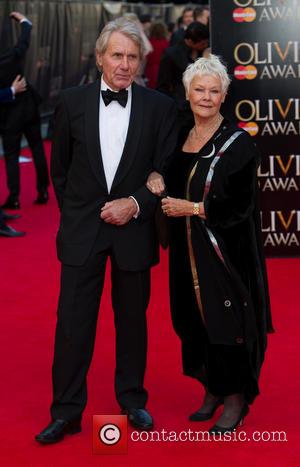 British actress Dame Judi Dench was "overwhelmed" as she was honoured for her career at the Britannia Awards in Los Angeles on Thursday (30Oct14).

The veteran star was presented with the Albert R. Broccoli Britannia Award for Worldwide Contribution to Entertainment by Dustin Hoffman during the 23rd annual ceremony, and during her speech she confessed she was overcome receiving a prize named after the 007 producer.

She told guests, "I'm rather overwhelmed by (this), because I didn't ever expect to have a film career at all... And I've had 17 years of doing Bond, which has been just wonderful. So, I'm very, very proud that I shall have something that is named after Cubby (Broccoli)."

Harry Potter star Emma Watson was named British Artist of the Year by the British Academy of Film and Television Arts' (BAFTA) Los Angeles committee, and she paid tribute to Dench's career during her speech.

The actress said, "She's just all soul and all grace and strength and beauty, and for me, she's an iconic British actor. She's what you aspire to be."

Robert Downey, Jr. received the Stanley Kubrick Britannia Award for Excellence in Film, and Mark Ruffalo was handed the Humanitarian Award, while British moviemaker Mike Leigh picked up a directing honour and Julia Louis-Dreyfus was rewarded for her comedy work.