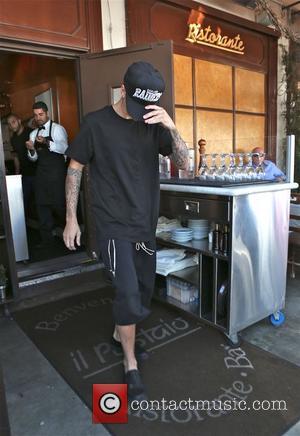 The Baby hitmaker was behind the wheel of his Ferrari when it was rear-ended by a paparazzo in West Hollywood, California.

According to multiple reports, Bieber was annoyed that the snapper was following him and slammed on his brakes, giving the snapper on his tail little chance to stop. Neither the pop star nor the photographer were injured in the incident, and authorities are still trying to determine who was at fault.

Bieber took to Twitter.com minutes after the run-in and lashed out at eager photographers, writing, "There should be laws against what I just experienced. We should have learned from the death of Princess Diana.

"I don’t have a problem with Paparazzi but when they act recklessly they put us all in danger."

The accident comes just one day after the singer was allegedly involved in a confrontation at a new Dave & Buster’s restaurant in Los Angeles.

Princess Diana perished in a car crash in a tunnel in Paris, France, while she was being chased by members of the paparazzi.