Justin Bieber escorted out of nightclub

Justin Bieber was escorted out of a nightclub in Los Angeles on Saturday night (08.06.13) because he is underage. 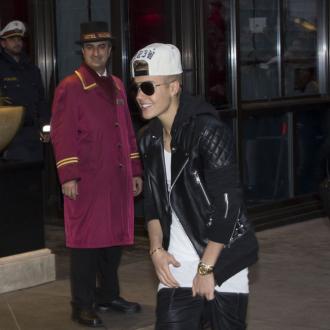 Justin Bieber was allegedly escorted out of a nightclub in Los Angeles on Saturday night (08.06.13).

The 19-year-old singer, who is two years under the legal drinking age in the U.S. but has been spotted partying at several other nightclubs recently - was left ''really embarrassed'' after being forced to leave Lure nightclub in Hollywood at around 7 p.m. after reportedly trying to sneak in to enjoy their Toxic Luau Beach Day party.

A source told E! News that the 'Beauty and a Beat' singer was turned away because he was underage but then tried to sneak in the back door.

The insider explained: ''Someone from Justin's team had come earlier in the day and told the club that he would be showing up. The club told him they wouldn't let him in because he's not 21. Bieber came anyways and tried to sneak in through a back door.

''The Game was on the mic at this point and saw Bieber trying to get in and shouted that Bieber was on his way inside. That's when security saw him and escorted him out immediately. He left right away, he seemed really embarrassed.''

Other celebrities on the guest list for the event included 'The Voice' star Christina Millian and Kim Kardashian's ex-boyfriend REGGIE BUSH, whose fiancée Lilit Avagyan recently welcomed their first child.

Meanwhile, Justin posted a picture of a bra on stage at one of his concerts on Instagram on Sunday (09.06.13) with the caption: ''I guess everyone grows up.''