Teen singing sensation Justin Bieber has been immortalised in plastic by getting his own range of toy dolls. 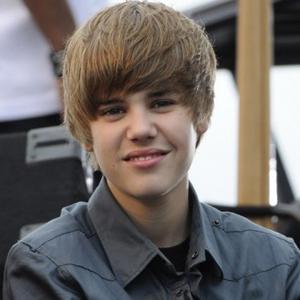 Justin Bieber has been turned into a toy.

The teen singing sensation's likeness has been turned into two ranges of dolls - the Music Video Collection and the JB Style Collection.

The Music Video Collection sees figures playing 30-second clips from his hit songs 'Baby' and 'One Less Lonely Girl' and the dolls are dressed in Justin's outfits from those videos.

The mini Justin dolls will be released in December.

During the peak of their fame in the 90s, the Spice Girls all had their own figurines, as did Take That and Britney Spears.

Last year, Sienna Miller was turned into an action figure in the guise of her 'G.I Joe: Rise of the Cobra' character Baroness.

She said "I'm not sure if I'm going to be playing with my own doll - but I'm going to have happy nieces and nephews, I'm sure."

British boy band JLS are also set to be immortalised in plastic, with their range of dolls coming out later this year.