Justin Timberlake and Jessica Biel are planning to move back to his hometown of Memphis, Tennessee, when they are ready to have children. 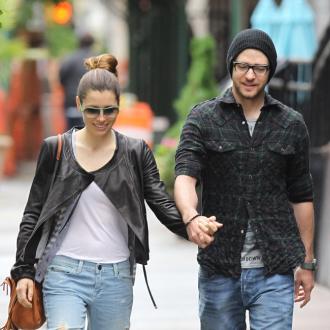 Justin Timberlake and Jessica Biel want to raise a family in Tennessee.

The couple - who married in Italy last month - are currently based in Los Angeles, but reportedly want to relocate to the 'Social Network' star's hometown of Memphis when they are ready to have kids.

A source said: ''He hates the idea of raising his kids in Los Angeles with all of the paparazzi and constant attention. Plus, Justin thinks the South is the best place in the world to grow up, he wants that for his kids.

''Beneath all of the Hollywood nonsense, Justin's a simple country guy who always wanted a big family.''

Although the plan was 31-year-old Justin's idea, Jessica, 30, is more than happy to follow her spouse's lead.

''Jessica agreed to that plan 100 per cent. She's totally up for a change of scene. She wants a slower pace of life now she's older. She is super domestic, her favourite hobby is baking but she even knits and does needlepoint.''