Kanye West And Kim Kardashian Appeared To Be Left Baffled When Comedienne Amy Schumer Fell Face First At Their Feet On The Red Carpet At A Glitzy Bash In New York City On Tuesday Night (21apr15). 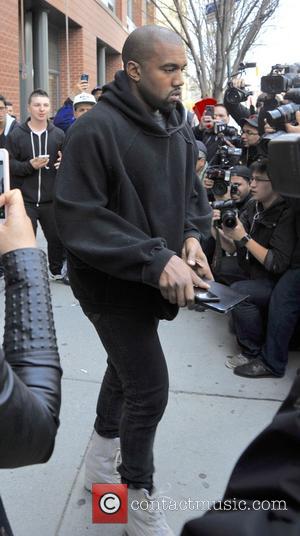 The stars were among the guests attending the Time 100 Gala to celebrate their mention in the publication's annual list of the 100 Most Influential People in the World.

They were walking the red carpet together when Schumer fell over right in front of them, landing face down at Kardashian's feet.

The stars appeared baffled by the incident and were pictured staring at the funnywoman as she lay on the floor.

Schumer later admitted the tumble was a prank, telling Time, "I saw them and said to my publicist, 'Can I pretend to fall?' and she said, 'I can't stop you'."

West, who features on one of the magazine's special issue covers, performed at the event, thrilling the crowd with a rendition of his hits as well as a cover of James Brown classic It's a Man's Man's Man's World.

Other guests included Emma Watson and Julianne Moore, who both join West and Kardashian on the power list.