Kanye West Hugs Snapper Who Quizzed Him About Girlfriend's Ex 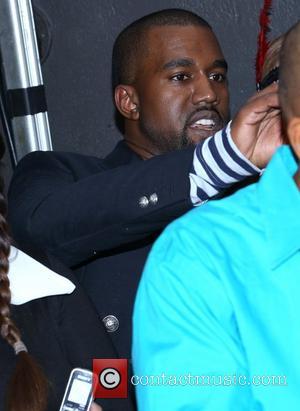 Rapper Kanye West has made amends with the paparazzo he lunged after for quizzing him about his girlfriend Kim Kardashian's sportsman ex REGGIE BUSH during a night out in Florida earlier this month (Oct12).

The unnamed photographer was hoping for a comment from West regarding news Kardashian's former boyfriend Bush was planning for fatherhood when he lost his cool in the street.

He was caught on camera chasing after the female snapper with a furious expression on his face.

But he was all smiles when he came face-to-face with the woman at an airport in Miami on Wednesday (31Oct12), according to Tmz.com - and he even gave the photographer a big hug as a peace offering.