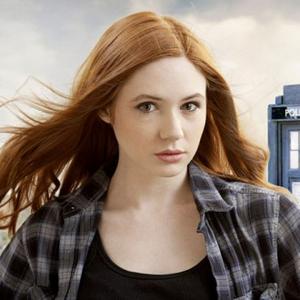 Karen Gillan has been cast in 'Romeo and Brittney'.

The 'Doctor Who' actress will play a New Jersey school-girl who finds herself sent back in time to 13th Century Verona in the David Baddiel-directed comedy.

Discussing the project, Baddiel confessed it would follow in the successful footsteps of many movies inspired by old literary classics.

He said: "It's 'Shakespeare In Love' meets 'Clueless'. We both love literate teen comedies and we wanted to do our own version. After all, '10 Things I Hate About You' was based on 'The Taming of the Shrew' just as 'Clueless' was based on JANE AUSTEN's 'Emma' and 'Easy A' was inspired by Nathaniel Hawthorne's 'The Scarlet Letter'.

"And what is 'Twilight' if it's not 'Romeo And Juliet' with vampires and werewolves."

Former 'X Files' star Gillian Anderson will play Karen's mother in the movie, with Robert Sheehan also given a role as a high school geek who becomes her Romeo.

'Romeo and Britney' has a $7 million budget and production begins in May 2011.