Katie Price is suing former husband Peter Andre and his management team for £250,000 alleging they are responsible for a smear campaign against her. 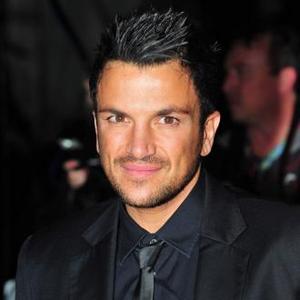 Katie Price is suing former husband Peter Andre and his management team for £250,000.

The former glamour model has filed high court papers which allege the 'Mysterious Girl' singer and his representatives are responsible for a smear campaign against her, according to the Daily Mirror newspaper.

She is suing for ''misuse of private information'' which left her suffering ''serious distress''.

Ms Powell confirmed the legal proceedings but added to the newspaper: ''We consider that the claim is without merit. The matter is in the hands of our lawyers and will be defended vigorously.''

Earlier this year, Peter - who raises stepson Harvey, 10, son Junior, seven, and daughter Princess Tiaamii, five - with Katie revealed he has overcome his fear of commitment following his acrimonious split from the businesswoman in 2009.

He said: ''I admit that I had a commitment phobia after Katie but I think I've started to overcome it. I mean, maybe I've met the person I'm supposed to marry. Maybe I've met the girl I'm going to be with. Sometimes the person you're meant to marry is right under your nose but you don't realise it.

''I've had friends who've said they were searching and searching for years and it ended up being one of their best friends, so who knows?''