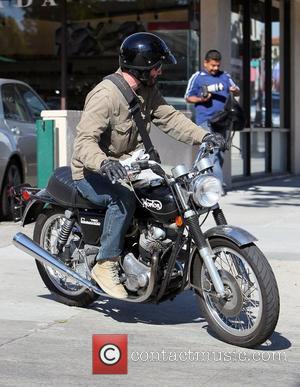 Keanu Reeves has been given a big boost as a movie producer - his latest project has been picked up for U.S. distribution days before its world premiere at the Berlin Film Festival in Germany.
Side By Side, a documentary about the digital revolution and its impact on traditional filmmaking, features interviews with pioneering directors with James Cameron, David Fincher, George Lucas, David Lynch, Christopher Nolan, Martin Scorsese and Steven Soderbergh.
Tribeca Film bosses have announced they have acquired the North American rights to the film, which they call "a provocative and illuminating journey through the technical and aesthetic implications of the transition from traditional film to digital technology".
Produced and narrated by Reeves, who also conducted the bulk of the interviews, the film is directed by Chris Kenneally.
It is expected to hit U.S. cinemas this summer (12).