Engagement Doesn’t Mean That Kids Are On The Way, Insists Keira Knightley 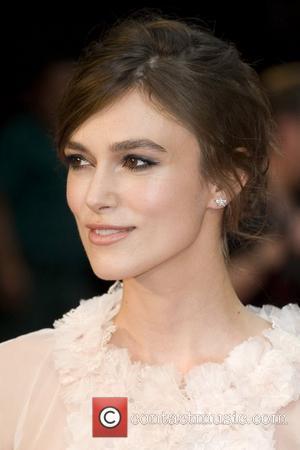 As married life approaches, Hollywood A-lister Keira Knightley has insisted to US Vogue magazine that she won’t be reverting to the role of stay-at-home mum any time soon. Knightley recently got engaged to British indie band the Klaxons James Righton but quashed any potential rumours that they’d be moving on to having children too soon.

“I don’t want to deny my femininity” Knightley said. “But would I want to be a stay-at-home mother? No. On the other hand, you should be allowed to do that, as should men, without being sneered at,” the 27 year-old added. In the interview, the actress also said that she’s found it difficult in the past discussing feminism, reflecting "I remember doing interviews, and people would ask, as if it was a joke, ‘So you mean you are a feminist?’ As though feminism couldn’t be discussed unless we were making fun of it."

Continuing to cast her mind back to her early days of fame, Knightley admitted it was a struggle to get used to her new found status. “I literally had no life outside of acting,” she said. “I once went to the Glastonbury music festival and was completely surrounded by packs of paparazzi the entire time, so I ended up sitting in a trailer, unable to go out.” She’s currently doing the promotional rounds for her new film Anna Karenina.