Kendall Jenner is the new face of the Beverly Center's Fashion's Night Out advertising campaign and will front the shopping centre at its fourth annual extravaganza on September 6. 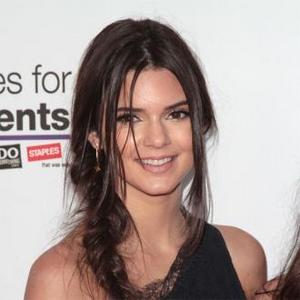 Kendall Jenner is the new face of the Beverly Center's Fashion's Night Out advertising campaign.

The 16-year-old brunette - the younger half-sister of Kourtney, Kim and Khloe Kardashian and older sister of Kylie Jenner - will appear on a number of billboards, in print and across several social media platforms in the lead up to the fourth annual extravaganza, which returns to New York City on September 6, 2012.

The Wilhelmina model was photographed by Moshe and Eddie Brakha in an over-sized shoebox while wearing an orange Georges Chakra haute couture dress with Giuseppe Zanotti stiletto heels for the campaign.

Susan Vance, the Beverly Center's director of marketing and sponsorship, told Examiner.com: ''Each year we raise the bar to support Fashion's Night Out, this unique and artistic campaign reflects our diverse offering of luxury brands which Mirrors the vibrant youthful direction of the Beverly Center customer.''

Fashion's Night Out is a global initiative which launched in 2009 and celebrates fashion and aims to restore consumer confidence, as well as boost the industry's economy. The September 6th spectacle will feature celebrity guests, fashion shows, designer appearances and musical appearances.

Kendall made her catwalk debut in September 2011 appearing on the runway at the Sherri Hill show in New York, and she has also hosted fashion week parties with Kylie.