Kenneth Branagh Still Coming To Terms With Knighthood After 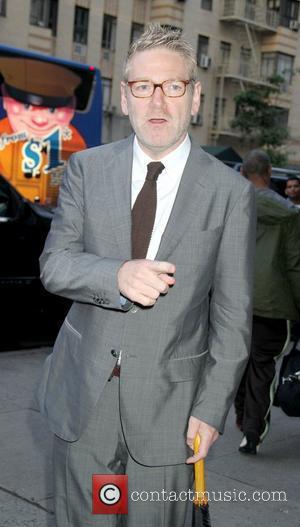 Picture: Kenneth Branagh The Cinema Society and Allure screening of 'People Like Us' held at the Clearview Cinema New York City, USA - 25.06.12

Actor/director Kenneth Branagh fears he will be be the first 'Sir' to be nicked by the sword when the Queen officially knights him.
The great Brit is still coming to terms with his latest honour and he has called on advice from his knighted pals to make sure the big day at Buckingham Palace is memorable and pain-free.
He tells WENN, "I will be sent to the palace at some stage soon. Michael Caine and Roger Moore, both of whom I've worked with, offer only the insight that it was very handy to have the kneeling stool with the handle. Roger Moore, who has a dodgy knee,
was terrified on the way into the ceremony that, having kneeled down, he wouldn't be kneeling back up again.
"And I believe the palace are on to that. So they give you the power to get back up. I should think it's a pretty nerve wracking walk, and you don't want to move suddenly while that sword's being wielded, I'm sure.
"Maybe they have little plasters (Band Aids) ready in case... I've never read of her (the Queen) having nicked someone on the ear yet, but perhaps I might be a first. I don't know."
The Henry V star learned of his knighthood six weeks before the Queen's birthday, when a message arrived from the U.K.'s cabinet office - and he admits he was almost too scared to open it.
He explains, "It was a sort of spanking, official looking document... I thought I had really been in trouble, I had been spotted speeding somewhere. Obviously, I don't speed. I opened it, and in very, sort of, beautifully archaic language, it said, 'In strictest confidence,' which was in huge, bold type and underlined. And then it went into a very, sort of, old world (language).
"The sentence finally ended up with 'conferring upon you a knighthood. Please tick the yes box if you would find this agreeable.' So I found it agreeable, and I ticked the box. But then I sent it off, and they said in it, 'But once you've done this, you won't hear from us again until the morning of the announcement on Her Majesty's birthday.'
"I've since learned that it's rather common, if you are privileged enough to receive such a message, that you then worry as I did, having posted it the next day, that it had ever arrived. So it was a little bit of a nervous moment on the morning of the announcement. But I was very, very, very surprised, and I was very touched. And I thought of my mum and dad up in the great green room in the sky, who would be absolutely made up. So it was an easy yes."