The 55 year-old actor attempts to inform the millennial generation how hard life was back in the 80s, and it can't be missed! 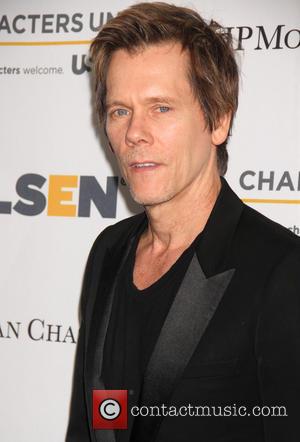 The 55 year-old was on top of his game back then, but it was not easy.

It looks like those days haven't forgot him as he tries to inform the millennial era, how much of struggle it was back then.

The actor was filmed in a short fake public announcement video for Mashabale, and he speaks out on the current generation are taking for granted.

"Hi, I'm two-time Saturn Award nominee Kevin Bacon, and I'd like to talk to you about 80s awareness," the 'Footloose' actor says at the beginning of the clip.

The hilarious video continues, "Awareness of '80s culture and technology has been in a significant decline."

"Especially among a certain demographic -- I'm talking to you, Millennials," he states. "All you guys born after 1985 have no idea how hard life was."

Bacon then explains the difficulty in asking a girl out back then, there was no dating apps, i.e. Tinder, or websites, nor was there any social media sites.

"I went to the White Pages- Google it -and called her house," he explained, adding, "And let me tell you, when she turns down your invitation to Sbarro's, you can't just swipe away the hurt."

The 'X-Men: First Class' actor also gets political, comparing the current relationship between Russia and USA with the Cold War.

"You think Russia's a threat now? Let me tell you about a little thing called the Cold War," he ranted. "They had nukes pointed at us for 20 years. You couldn't even skateboard to a Blockbuster without getting nuked."

At the end of the clip, Bacon walks outside a building where there are several people gathered, in an upset manner he says "you people will never know the comfort of parachute pants."

Watch the clip below