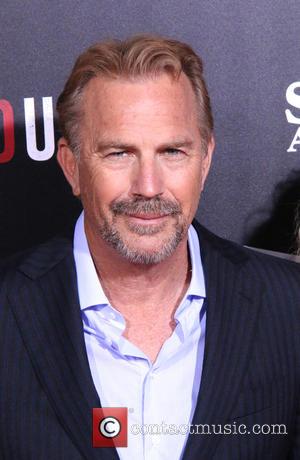 Picture: Kevin Costner - A host of stars were photographed as they arrived at the world premiere of Disney's 'McFarland, USA' which was held at the...

The Oscar winner has co-authored the novel with writer pal Jon Baird and during a promotional stop at the Hudson Guild Society Event at the Museum of Modern Art in New York this week (beg19Oct15), Costner opened up about the book's beginnings.

He told readers and fans he started work on the project eight years ago, but couldn't convince studio bosses to give him the go ahead to make it into a movie.

"I didn't really have a draft of it," he said. "Jon and I actually started on an adventure where we created 22 minutes of animation of The Explorers Guild. We thought at one point that the film community would see this and see what kind of big, epic journey this could be. But they just looked at it and said, 'Where's it going? Who's it for...?' All these demographic questions which was almost like fingers on a chalkboard to me.

"I thought, 'We're gonna make a great story here, but, as a film, it just wasn't enough for them."

So Costner and his writing partner took their story in another direction, and decided to create an epic novel.

"We worked up the story together," Costner explained. "Three and a half years ago Jon started to write this book. I could not have written this book by myself. It's a real honour that I contributed to the book to the point where he felt I should be credited.

"When we decided to make this a book, a little bit of the temptation could've been to put up a big signpost where the movie could exist and not just be a novel. It would be really clear where this movie is going. And when we made the jump to the book, the one thing we decided is, 'Let's not worry about the movie anymore. There may never be a movie. Let's make a great novel.'"

And the Dances With Wolves star admits he's tremendously proud of the finished product, which he hopes will become a book to rival classic adventure tales written by the likes of Jules Verne.

"What I hoped is that we could create a book that had girth," he smiled. "That it made a sound when you set it on the dinner table. And that it could somehow take its place up there on the book shelf next to Jules Verne and Mark Twain. I really wanted that more than anything - that you would get up on your tip toes, pull it off the shelf, blow the dust off it and say, 'Let's read some of The Explorers Guild tonight'.