Kid Rock prices US tour tickets at just $20 in a bid to end 'scalping' and not leave his fans out of pocket. 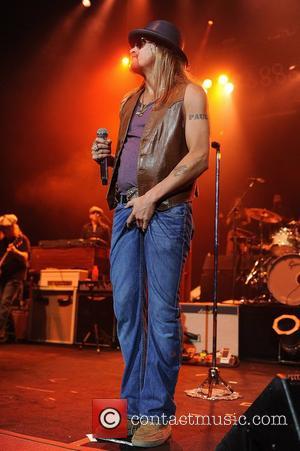 Kid Rock has made a massive step in the music industry by capping his upcoming US tour ticket prices at a bargain $20 in the hope of creating a better experience for fans.

The 'All Summer Long' hitmaker is determined to pick up high sales from his cheaper priced admission fees and put a stop to 'scalping'; the practise of re-selling tickets (usually for sold out gigs) at often extortionate prices. He has thenceforth teamed up with Walmart to sell the cheaper tickets, although popular ticket sellers Ticketmaster will still have their own parking and service charges. "

No hidden fees, no gimmicks", Kid Rock insists to Detroit Free Press. The new action even includes his special three night show at the DTE Energy Music Theater in Clarkston, Michigan where he will be supported by ZZ Top.

As well as ticket prices, he will also be slashing the rates on merchandise and catering making it an all-round inexpensive experience for his devoted fan base. 'Everyone knows the economy is still hurting people across the country, but I didn't want that to be a reason why everyone couldn't get out and enjoy themselves on a summer night', he said in a press release released by Michigan Live.