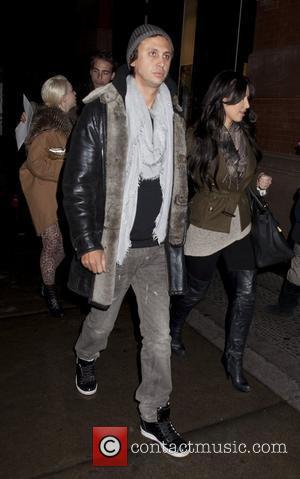 Socialite Kim Kardashian has credited her ex-boyfriend REGGIE BUSH with helping her through the "embarrassment and shame" she felt after her sex tape with Ray J was leaked.
The reality TV star dated the singer briefly in 2007, but an intimate clip the couple recorded was made public.
Kardashian admits she was devastated by the leak, but she's heaped praise on American football player Bush - who she began dating later on in 2007 - with helping her through the ordeal.
She tells Piers Morgan Tonight, "There's this, you know, embarrassment and shame and so much that comes along with it. And I think that I was so lucky to find a boyfriend at that time in Reggie - we were together for four years - and that was something that he really helped me through.
"He picked me up when I couldn't pick myself up. That's what my family was for as well. So, I feel like I've dealt with it and now I move on from it."