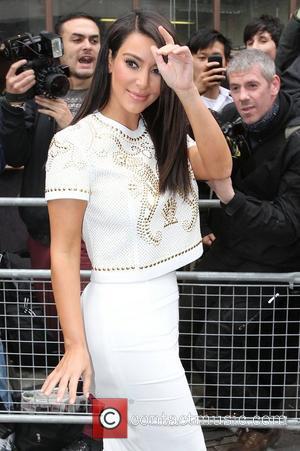 It seems Kim Kardashian and Rita Ora have hit the ground running in their newly formed friendship. The Hot Right Now singer and the reality superstar were brought closer together after Rita began dating Kim's young brother Rob Kardashian, reports the Press Association.
The pair were spotted laughing and joking at trendy London eatery Zuma on Wednesday evening (May 16, 2012), with Rob and another friend. Rappers Kanye West and Jay Z were also said to be present at the dinner, though made a quick exit after eating. Though things appeared to begin awkwardly, the girls soon had their seats turned in towards each other and were leaning in close for a heart-to-heart. Described as the 'new Rihanna', Rita officially topped the UK charts with her track 'R.I.P' and boyfriend Rob took to Twitter to express his delight earlier this week, saying, "RitaOra: WE'Re Officially Number1!!!!!! Thank You Everyone!!!!!! #Ripnum1 You did it. I love you and you're my wife".
Kim is in London to launch her new fragrance, though will no doubt be stopping by a couple of venues across the country to catch Kanye and Jay Z's Watch the Throne perform.