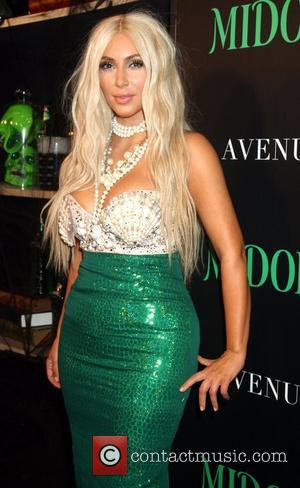 A second sex-tape featuring Kim Kardashian and her ex-boyfriend Ray J is being shopped around for $30 million. The reality star, who rose to fame after her infamous 2003 home video hit the web, is reportedly terrified that the new clip could be leaked online.

First point: nobody's going to pay $30 million for the video, and secondly, the source of this rather spurious story is the rather spurious Daily Star. But anyway, the UK newspaper quotes an insider as saying, "It's definitely Kim in the video. And it's even raunchier than her last one. There are all kinds of eye-popping moments." Kim, 32, has since made millions after being catapulted to fame (maybe she could buy the tape and prevent it from being leaked) though she's said to be worried about the effect it would have on her current relationship with rapper Kanye West. She started dating the rapper, 35, earlier this year after divorcing husband of 72 days Kris Humphries, remember him?

Earlier this year, it was alleged that a sex tape with Kanye and an anonymous female was being shopped around. The 20 minute tape allegedly features a Kim Kardashian lookalike. Confusing, huh?