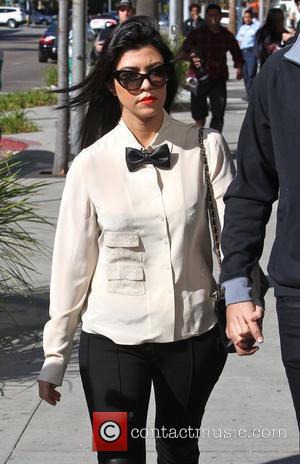 Kourtney Kardashian probably wasn't expecting a backlash after announcing her pregnancy on Twitter last week - but that's exactly what she got. Farrah Abraham, the 20-year-old star of the 'Teen Mom' reality series tweeted her disapproval of the news, sparking off a huge row between the pair.
According to OnTheRedCarpet.com, Abraham began the war of words by telling followers on December 2nd, "I'm Shocked Kourtney Kardashian is pregnant again, did she not learn anything from Teen Mom? Maybe it's a fake pregnancy like kims wedding Sad". Farrah is one of four teen mothers who gained infamy after appearing on MTV's '16 and Pregnant' as well as the spin off 'Teen Mom'. Surprisingly, Kourtney responded immediately, asking, "Why would I have anything to do with teen mom? I'm 32 years old! I may look young honey, but don't get it twisted". Her partner Scott Disick also got in on the argument, telling Farrah, "We're not teenagers, ya [expletive] moron", and when Khloe asked if he knew who Abraham was, he wrote, "I just thought she was some [expletive] stain on Twitter". Sensationally, Farrah than accused Disick of being a racist, replying, "Caught wind of these dramatic articles, w/ loser scott disick or some boyfriend of kourtneys, is [expletive] Stain, racist 4 black? Great dad! Not".
Kourtney first made the announcement she was pregnant to US Weekly magazine on November 30, 2011. It will be the second child for the couple, who are already parents to 2-year-old Mason.