Kris Jenner reveals information about her daughter's and the hip-hop superstar's upcoming wedding plans: "They definitely have their own ideas." 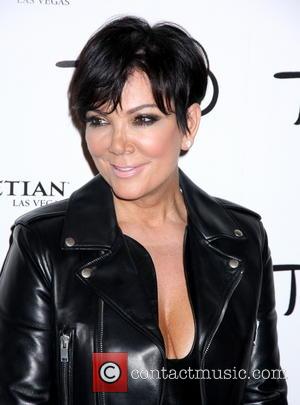 There is nothing low-key about Kim Kardashian and Kanye West so their wedding will be no different.

Momager Kris Jenner recently opened up to People magazine about her daughter's and Mr West's plans for their marital ceremony.

"We have a pretty big family," she told the mag at her #cirocthenewyear pledge party at L.A.'s Mixology 101 on Tuesday.

"I don't think it will be two people in a chapel, if you know what I mean!"

It will take a lot to top the elaborate proposal by the 36 year-old back in October of this year (2013), when Kanye hired out San Francisco's AT&T Arena on Oct 21st.

The rapper popped the question on Kim's birthday and invited all of her closest friends and family, hired an orchestra and projected "please marry me" on the stadium's big-screen.

The pair are likely to plan everything themselves, especially Kanye who claims to be a 'creative genius,' with Jenner admitting, "I don't know if they'll let me jump in."

"That's two very creative minds getting together and they definitely have their own ideas."

The 67 year-old couldn't help but gush about how much she likes her daughter and her granddaughter, North West, living in the Kardashian mansion until their L.A home is renovated.

"The whole way it evolved has been a dream come true for me, as her mom and ... North's grandmother," she says."Our house is blissful. To watch Kim and see her mature and grow and turn into the most delicious mother, who is interested and engaged and reads to her every day, and if she works, brings North with her - it's very cute the way she doesn't want to be apart from her."

"And Kanye adores both of them," she continues. "The way he speaks of them, it is so delicious and I can't explain how in love with them he is. It's really sweet to watch." Kim and Kanye's wedding is expected to be big