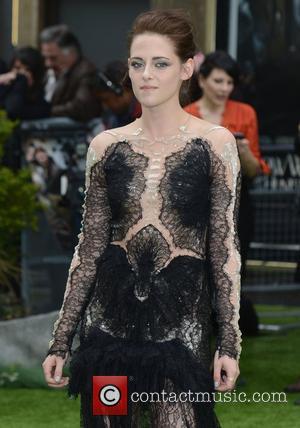 Actress Kristen Stewart looks as though she is ready to unchain herself from the shackles of being a damsel in distress, the same shackles that saw her achieve worldwide fame in the Twilight Saga.
In her latest movie, 'Snow White and the Huntsman', Stewart will this time be taking up arms against the evil queen, Ravenna, played by Oscar-winning actress Charlize Theron. In her debut as a kick-ass heroine, Stewart leads the fight to reclaim the kingdom from Ravenna, the kingdom that rightly belongs to her. With this call-to-arms however comes a call that needed to be delivered with passion and credibility. The actress spoke to MTV News at the London premiere of the upcoming film, which is on general released on June 1st, and during the talk she revealed her concerns about pulling off the speech with integrity and in a manner befitting Mel Gibson epic Braveheart, saying, "It's so Bravehearty. It's crazy, but it's good. It's good".
With the Twilight Saga drawing to its end, it makes perfect sense for Stewart to start concentrating on something a little different, with anticipation for the fairy-tale reworking at a high. Alongside Stewart and Theron, the film also sees Thor star Chris Hemsworth take on the role of The Huntsman, the man ordered by Queen Ravenna to go out and kill Snow White, only for him to fall for her and teach her the skills needed to take back the throne by force.