Kristen Stewart is 'gutted' about James Gandolfini's death and will always remember working with him because he was 'immeasurably great'. 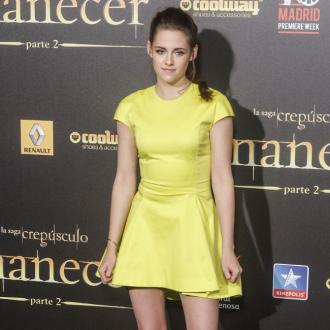 The 23-year-old actress starred alongside the 51-year-old actor, who suffered a fatal heart attack in Rome, Italy, last Wednesday (19.06.13), in 'Welcome to the Rileys' in 2010 and said she will always treasure the experience because he was ''immeasurably great''.

The 'Twilight Saga' star told Entertainment Weekly: ''When I heard of James' passing, I was in New Orleans, where we met shooting, and every memory flooded back and gutted me. I'll hold that time near to me forever. He was immeasurably great. My heart goes out to his beloved family.''

Kristen previously spoke about her special bond with James during an interview in 2009.

She said at the time: ''Jim was the sh*t. He's quiet. We got along well because we let it happen the way it's supposed to. It was very organic, very cool.''

The actor died while enjoying a holiday with his teenage son, Michael, shortly before he was due to accept an award at the Taormina Film Festival.

His funeral will take place at the Cathedral of St. John the Divine in upper Manhattan, New York, on Thursday (27.06.13).