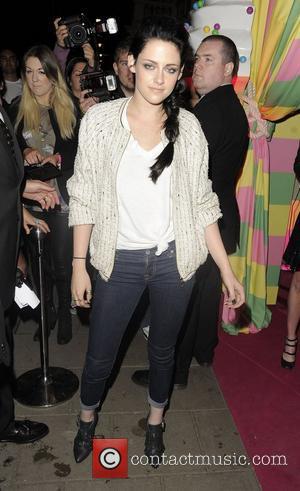 With Kristen Stewart away, Robert Pattinson had been entertaining reporters at a press conference on Friday , telling them the wedding scene for forthcoming 'Twilight' film 'Breaking Dawn - Part 1' was in fact real and that he and his brunette co-star were in fact actually married. Laughing all the way, Pattinson also joked that everyone was keen to give their opinion on the first ever sex scene to take place between the pair - according to OK! Magazine - stating "the studio chief came in and was like, 'Just let me borrow Kristen for a second. I'll show you. I'll give you a demonstration.'"
However, away from the glare of the media scrum and away from the cameras, things between the pair seem to be hotting up too, Stewart being snapped as she arrived at Robert's West London apartment yesterday (October 31st 2011) by the UK's Daily Mail. Whilst Pattinson has been doing the promotional rounds for 'Twilight' with fellow co-star Ashley Greene, 21 year-old Stewart has instead been busy in the UK filming 'Snow White And The Huntsmen', meaning that the pair have had precious little time to spend with one another.
Perhaps unsurprisingly given her recent work load, Stewart look tired as she arrived at the apartment around lunchtime wearing a baggy charcoal sweater to keep out the cold; Pattinson had turned up to the home two days previously. The pair will be together for the US promotional leg of the 'Twilight' film; 'Breaking Dawn - Part 1' is to be put on release on November 18th 2011. 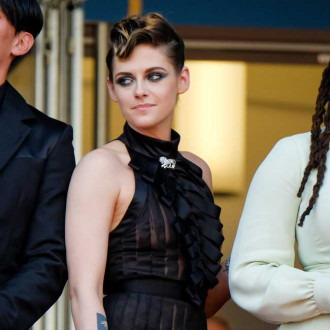