Khloé Kardashian is reportedly desperate to start a family and fall in love again following her split from husband Lamar Odom. 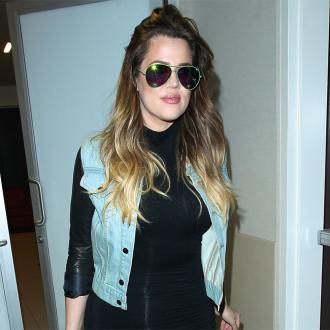 Khloé Kardashian is reportedly desperate for a baby.

The 'Keeping Up With the Kardashians' star, 30, who is currently going through the process of divorcing Lamar Odom, is worried she's running out of time to have a child of her own and wants to fall in love again soon.

A source told the HollywoodLife.com: ''She wants to be in love again. She wants a family. She doesn't want to be pigeonholed as the best aunt in the world.

''She loves her nieces and nephew but there's nothing like being a mother. She wants that. And it's like, here she goes again being the dutiful and proud aunt.''

The brunette beauty is reportedly envious of her sisters Kourtney - who has children Mason, five, Penelope, two, and one on the way - and Kim, who has 16-month-old daughter North with her husband Kanye West, because their families seem to be ''thriving.''

The source explained: ''She's happy for Kourtney and Kim [Kardashian] but she's sad inside because everyone around her is thriving and living and she's stuck. Her life sucks right about now.''

Meanwhile, it is thought Khloé is back in contact with her estranged husband, whom she married in 2009, following her recent split from rapper French Montana.

A source said previously: ''After months of not talking, she's been calling Lamar.

''Ever since the split, Khloé's been super sad and really missing Lamar, so she decided to reach out. Lamar was so happy to hear from her.''

Khloé ended her relationship with Lamar last year following rumours he had cheated on her with multiple women and had addiction to cocaine.