Lamar Odom has reportedly been calling Scott Disick to encourage him to make amends with former partner Kourtney Kardashian. 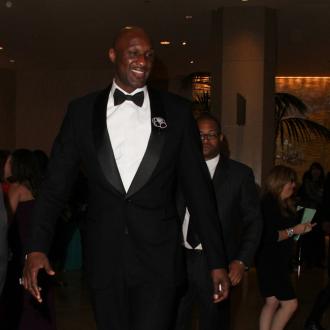 The basketball player - who split from Kourtney's sister Khloe in 2013 after four years of marriage - reportedly reached out to Scott after Kourtney dumped him for his excessive partying.

A source told HollywoodLife: ''Lamar doesn't want Scott to be like him - on the verge of losing the best thing that's ever happened to him - and Lamar is begging Scott to hightail his ass home before it's too late.''

Lamar, whose marriage to Khloe ended amid accusations he had cheated on her and taken drugs, is said to have been speaking to Scott a great deal over the past week.

However, Scott is too ''embarrassed'' to try to work things out just yet.

The insider said: ''Lamar's been talking to Scott by phone for the last week, ever since Kourtney sent him packing. Lamar asked Scott to come home, if not for Kourtney, then for his children.

''Scott's been telling Lamar it's too hard to go back - he's embarrassed and not ready to face the music. He'd rather party his troubles away.''