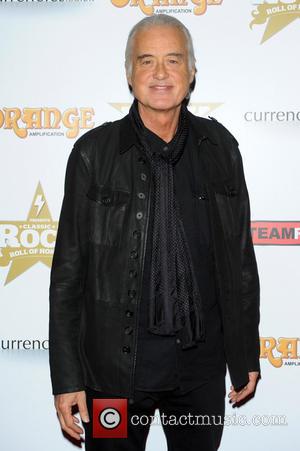 The British born musician is best known as the guitarist of Led Zeppelin but he has also worked with a number of other bands throughout the 1960s, both performing and composing.

Page was not the only musician to be honoured at the event as honorary doctorates were also presented to Motown songwriter Valerie Simpson, jazz pianist Geri Allen and American Music Program youth orchestra founder Thara Memory. According to Fox, each gave a short speech thanking the college and congratulating the graduates. Simpson encouraged the students to attend every rehearsal and treat each one like a performance, she added “I am so proud of you, your future is so bright. Carry on, y’all!” Whilst Memory complimented the students on their performance of the previous evening exclaiming “You all know how to party!” Jimmy Page at an event celebrating Led Zeppelin in New York in 2012.