Lily Collins In Talks For Rosaline 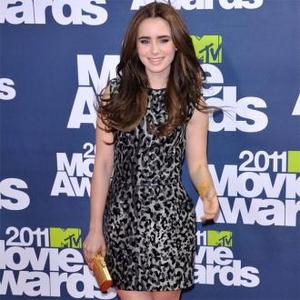 Lily Collins is in negotiations to star in 'Romeo And Juliet' story 'Rosaline'.

The 'Mirror Mirror' star - who is the daughter of singer Phil Collins - has entered talks to star in Michael Sucsy's take on the novel by Rebecca Serles, which sees the classic Shakespeare story re-told through the eyes of Romeo's spurned lover.

Lily would play Juliet in the movie, Variety reports.

Deborah Ann Woll and Dave Franco are reportedly in negotiations to play leading roles in the film, which is set in a modern-day high school.

Hailee Steinfeld was at one point thought to be taking part, but a deal was never completed.

Lily's schedule has since been opened up after she failed to complete talks to star in the new 'Evil Dead' remake and fantasy epic 'The Mortal Instruments' was put on hold.

The 22-year-old beauty - who is reportedly dating Hollywood hunk Zac Efron - will next be seen in 'Mirror Mirror, a comedic take on the traditional 'Snow White' story, opposite Julia Roberts and Nathan Lane.