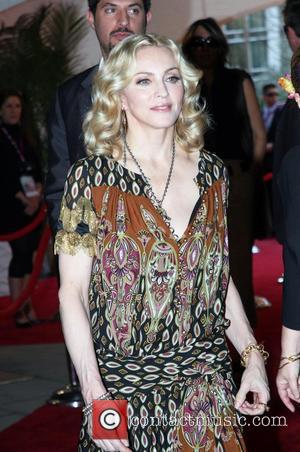 Picture: Madonna 2008 Tribeca Film Festival - Premiere of 'I Am Because We Are' at the BMCC Tribeca Performing Centre New York City, USA - 24.04.08

Madonna has decided to leave her long-time record label Warner Music and is set to sign a multi-million pound contract with the promoter behind the LIVE 8 events.

The Queen of Pop informed Warner last week that she would be accepting a $120 million (£60 million) offer from Live Nation, which will see the group also manage her touring for the next ten years.

Writing in the New York Journal, Ethan Smith described the move as "the latest seismic shift to rock The Music industry".

"The fact that a concert promoter like Live Nation is set to land the deal rather than a traditional record label like Warner Music is a sign of how quickly the landscape is shifting in the cratering music industry," he added.

The 49-year-old's 2006 Confessions tour included eight sell-out performances at Wembley Arena and grossed $260.1 million (£130 million), according to Billboard and charged fans a minimum of £80 for tickets.