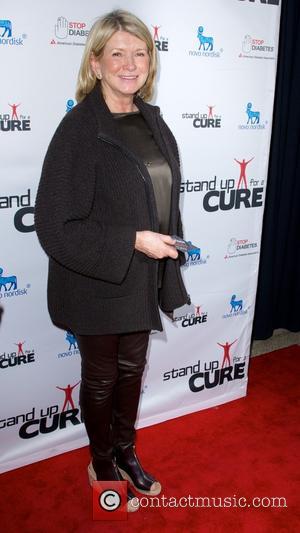 It seems that Martha Stewart wasn’t joking when she said she was interested in online dating. When she appeared on USA Today on Monday, TV’s domestic icon announced that she would be setting up a profile on Match.com and she's gone and done just that. Time magazine have posted a link to Martha’s dating profile, in which she describes herself as “entrepreneurial” and goes on to spell out exactly what it is she’s looking for in that special someone she’d like to spend the rest of her days with.

“While I’m open to all kinds of people, and love to be surprised” she writes, “here’s what I know I appreciate in a man: Someone who’s intelligent, established, and curious; and who relishes adventure and new experiences as much as I do. Someone who can teach me new things. A lover of animals, grandchildren, and the outdoors. Young at heart.” She also describes her list of interests as “cooking, fishing, gardening, landscaping, movies, videos, museums, antiquing, dining out, and travel.”

Stewart clearly isn’t convinced that her professionally-shot profile picture is going to snare the kind of guy she’s after, though and she’s asked her Facebook followers to vote on another two pictures (both also looking pretty professional). Martha Stewart - on the hunt for a date