Matt Damon says he refused to visit psychics to research his role as one in his latest film 'Hereafter' - because he thinks they're fakers. 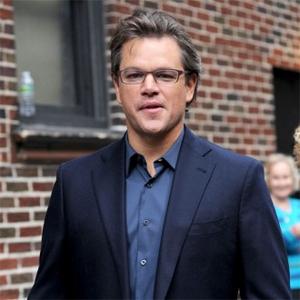 didn't even visit any real-life mystics to research his part for fear of falling down a "rabbit hole" of pretence.

He said: "Had I found a good one I would have. What I was worried about was that it was just going to take me down this rabbit hole of charlatans. I think a large part of that space is occupied by Pretenders, which is not to say there aren't people out there who are genuinely touched in some way. I just didn't get a chance to meet any of them."

However, Matt is open-minded to the idea of near-death experiences - after actor Martin Sheen told him about his own almost-fatal heart attack when he was working on the set of 'Apocalypse Now'.

He continued: "But I did speak to Martin Sheen, who had a near-death experience on 'Apocalypse Now' when he had a heart attack. He told me his incredible Story One day when we were working on 'The Departed' together.

"It's a very well catalogued experience that a lot of people have had. One person I read was legally dead for 28 minutes, which I think is the record."

Matt also admitted his discussions have made him less afraid of death.

He said: "It's interesting. I assume most people are afraid of death, but the people who have had these experiences aren't. That seems to be one of the things they have in Common - that they don't have any fear of it any more."