Mel C would discourage her daughter Scarlet from having tattoos as she now wants hers removed. 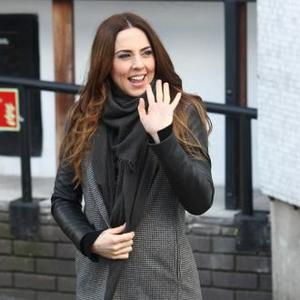 The 38-year-old singer - who has a cross inked on her upper left arm and various creations on her right arm and leg - would discourage her three-year-old daughter Scarlet from having any permanent tattoos in the future because she wants to have hers removed.

She said: ''I'd definitely discourage Scarlet from having tattoos. I'm looking into getting some of them removed. I think it was a great idea to get rid of them for the magazine photos - I wish you could do it permanently.''

Mel was recently joined by her Spice Girls bandmates Emma Bunton, Victoria Beckham, Mel B and Geri Halliwell as they launched a new London musical 'Viva Forever' using the 90s group's songs, and she claims they have all become closer as they have aged.

She told Good Housekeeping magazine: ''Our Friendship has got better with age. We've shared something so unique that if any of us needed one of The Others, we'd be there.''

Mel recently revealed the band did have fallouts on occasions but she felt ''cool'' with all of the members.