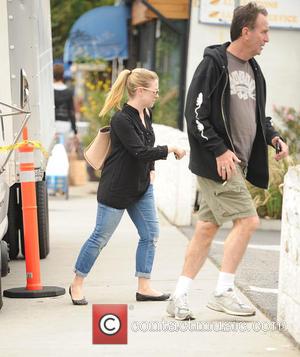 The former Sabrina, The Teenage Witch star visited Spears' Piece of Me Show at Planet Hollywood nearly 15 years after they met on the set of the singer's (You Drive Me) Crazy music video, which featured Hart, and after the actress shared photos of herself and friends enjoying the view from the audience on Twitter.com, Spears replied to her friend and wrote, "It was so good to see you!! It's been Too long. Hope you had fun tonight!"

Hart returned the sentiment and said, "Awesome show! Such fun to see you girl!"

After her cameo in Spears' promo, the Baby... One More Time hitmaker appeared on an episode of Sabrina, The Teenage Witch and the girls' friendship continued offscreen, as Hart detailed in her 2013 memoir, Melissa Explains It All!, revealing she took a then-underage Spears out for a night of clubbing.

Hart wrote, "I devised a plan to sneak her out of her hotel and then take her dancing so she could chill with people closer to her age, if just for one night.

"Britney loved the idea, but once we got inside, Britney got absorbed by the crowd, and I lost her. At the end of the night, I found her in a private booth with dozens of people kissing her a** as she basked in the attention and down time she'd worked so hard for.

"Since then, Britney's been snuck in and out of more back doors than I can count, but I shudder to think that I first showed her how it's done."