Actress Melissa Joan Hart Is Heading To Reality Tv As Part Of A New Series Focused On Her New Family Business. 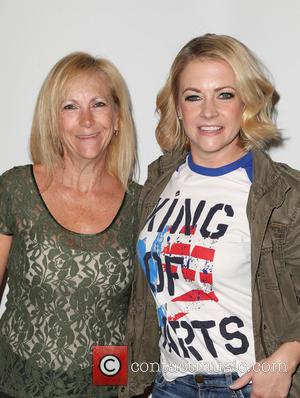 Sweet Harts will be executive produced by the Sabrina the Teenage Witch star and will feature the 39 year old as she attempts to open a dessert shop in her hometown of Westport, Connecticut after failing to launch the business venture in Sherman Oaks, California.

The show will be created through 44 Blue Productions and will also feature her sisters Emily, Lizzie and Trisha Hart, her brother, Brian Hart, her husband, Mark Wilkerson, and their three sons.

"I couldn't be more excited about partnering with (president) Stephanie (Noonan) and the team at 44 Blue," the actress says. "I knew they'd be the perfect fit to showcase our family's dream of opening up Sweet Harts - they have a great track record of building long-running, meaningful programs."

The news comes four months after Hart announced in August (15) she was launching her King of Harts clothing line with her husband.