Actress Meryl Streep Has Ruled Herself Out Of Following In The Footsteps Of Controversial Rapper Kanye West By Running For The U.s. Presidency. 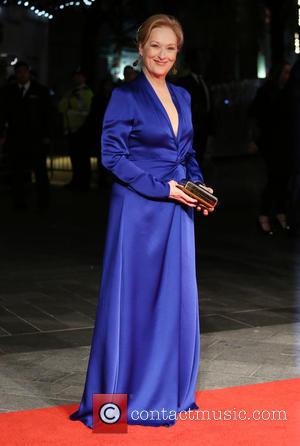 The Oscar-winning Hollywood veteran stars as feminist icon Emmeline Pankhurst in new movie Suffragette, which charts the early battles in the campaign for women's rights.

Her co-stars Carey Mulligan and Helena Bonham Carter have previously told how the film gave them a new perspective on activism, but Meryl insists it has not inspired her to consider a career in politics as the pressure on her family life would be too much to bear.

Asked about harbouring any political ambitions, she tells U.K. talk show host Graham Norton, "Oh God no. I am in awe of people who put their lives on the line like that. The cost to family and to the larger group of people you love would be too great - it's like offering them up on an altar."

Hip-hop star Kanye announced at the MTV Video Music Awards in Los Angeles in August (15) that he plans to run for president in 2020.