'Transformers: Age of Extinction' has been a first weekend success, despite the poor reviews. 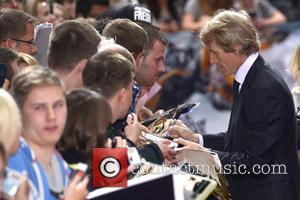 Transformers: Age of Extinction has performed in almost a literal sense, eliminating its rivals at the box office on its opening weekend. Michael Bay's action sequel - the fourth so far in the franchise - detonated with an estimated $100 million domestically after having opened last Friday. 'Transformers: Age Of Extinction' Has Had A Stunning Opening Weekend.

The impressive figure is a record for this year: the popular yet critically-panned movie has proved the USA's highest grossing opener of the year so far, according to THR. The last $100 million opening was last November's The Hunger Games: Catching Fire.

The encouraging news arrives in the wake of the latest franchise instalment being derided by critics who, as usual, found Bay's action sequences overblown with a disappointing lack of emphasis on plot or script. The director has even begun to distance himself from the franchise, saying that he didn't even want to make another Transformers movie.

The movie, which sees the iconic robots do battle with dinosaur robots, saw off competition from comedy sequel 22 Jump Street and kids animation How To Train Your Dragon 2 to vastly outstrip the sales of both. Age of Extinction outsold Jump Street's $15.4 million by nearly 6.5 times and Dragon 2's $13.4 million nearly 8 times over, according to Box Office Mojo.

Despite Some Poor Reviews, The Movie Enjoyed A $100 Million Opening Weekend.

Transformers 4's weekend success could be attributed to the lack of competition from any other hard-hitting openers as well as its multi-generational worldwide appeal. Its success was replicated in China where more record were broken with its $90 million debut, the country's highest opening to date.

More: Mark Wahlberg more scared on the set of 'Transformers' than any other movie.

Its Asian appeal could have a lot to do with a large proportion of the film being shot in Hong Kong. Taking into account each gross figure worldwide, Age of Extinction's total gross is already over the $300 million mark.