Muse Florence and the Machine

British Rockers Muse Have Scored Their First U.s. Number One Album After Taking Drones To The Top Of The Billboard 200. 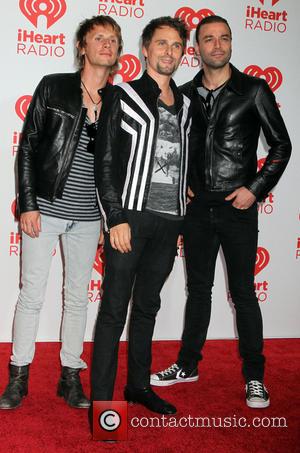 The group's seventh studio release has sold 84,000 album units in its first week to debut atop the countdown, toppling fellow Brits Florence + the MAChine's How Big, How Blue, How Beautiful, which slips to number four.

It's the first time in Billboard 200 history British acts have debuted new albums at number one in successive weeks, and the first time one British group has replaced another at the top of the charts since Dire Straits' Brothers In Arms replaced Tears For Fears' Songs From the Big Chair almost three decades ago.

Taylor Swift's 1989 stays put at two on the new chart, while rockers Of Monsters and Men debut Beneath the Skin at three, and the Rolling Stones' re-release of their 1971 album Sticky Fingers lands at five.