Pregnant Actress Naya Rivera's Sex Life Has Taken A Hit Because Her Husband Doesn't Like Making Love With His Unborn Baby Staring Up At Him. 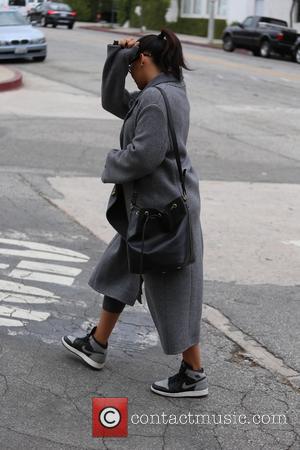 The former Glee star announced she was expecting actor Ryan Dorsey's baby in February (15), and as she approaches her due date, she has opened up about her pregnancy blues in a new People magazine blog.

She writes, "With my first trimester behind me, I was looking forward to the second phase of my pregnancy; a time that some refer to as “the golden months,” where things like nausea, extreme fatigue, and bloating are safely in your rear view mirror. And guess what? They were right! Well... for the most part."

But Rivera admits there are some things she's still struggling with, adding, "Sex with my husband became a bit odd for me due to the fact that I was now limited to about two positions in order to not squash - as my husband puts it - 'its roof' or have the baby (my belly) staring him in the face.

"I feel like men are constantly imagining their baby winking at them when they make love to their pregnant wives thus making sexy times more few and far between."