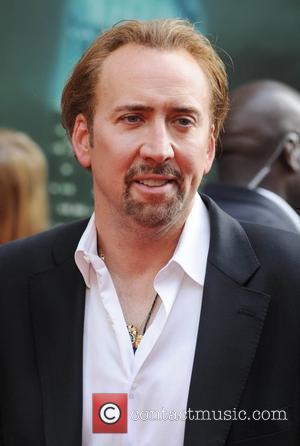 Nicolas Cage has given up on his Hollywood dream of playing Superman in a movie, because, at 46, he's far too old.
The Oscar winner is a comic book fanatic and even named his son Kal-El, the superhero's birth name.
Cage was attached to a Superman project in the late 1990s and performed screen tests for director Tim Burton before the film was shelved.
And the actor has reluctantly resigned himself to the fact he'll never fulfil his onscreen dream.
Speaking to WENN.com at the premiere of his new movie The Sorcerer's Apprentice, Cage sighs,"No, I think my Superman days are over."