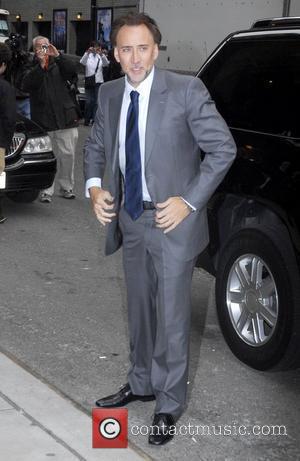 Nicolas Cage credits Cher with helping him become a Hollywood star - because she fought to land him a role alongside her in Oscar-winning movie MOONSTRUCK.
Studio bosses were reluctant to cast the then-23-year-old Cage as Cher's love interest in the film - but the singer/actress dug her heels in and landed him the part of New York baker Ronny Cammareri.
The movie won Cher a Best Actress Oscar and catapulted Cage onto the Hollywood A-list - and he is eternally grateful.
He says, "She really was a champion for me. At a time when people didn't see me as a romantic actor, she fought for me."